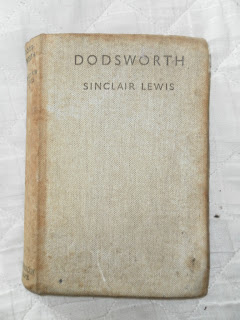 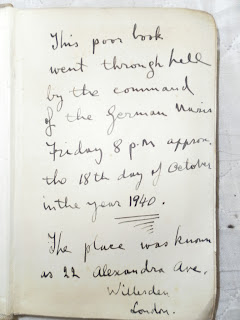 Recent posts from other bloggers have made me think about one subject that I do think about a lot - stuff and consumerism. Zoe writes about how she is packing up two years worth of life and sewing to move from Spain to England. Part of being a sewer is being a collector of fabric, notions, patterns, etc plus she has a machine and a serger to pack as well as her wardrobe of beautiful Zoe-made clothes. When you have to move and pack up your things you are forced into a consideration of how much stuff you own - and circumstances may dictate you jettison some stuff. Just making decisions as to what to keep can be difficult. I moved a lot in my twenties and early thirties and have always had a fairly easycome easygo attitude to much of my stuff, although there were exceptions - I trained as a fine artist and so have several large portfolios of work. One of which resides under my daughter's cot these days with a heavy layer of dust on it. About few years ago I emptied one portfolio, framed up the work on paper and had an exhibition in a cafe. To my surprise and delight I sold almost all of them. The remainder still in frames are hanging in our house. I had had an idea that I had to keep these works as I would be using my portfolio in job interviews, exhibition applications etc but I have to say it was a great feeling to get rid of some of the pieces of work and to think someone else was deriving enjoyment from my artwork - well, that is a great feeling!

Hayley is also writing a thought provoking blog about the need to own stuff and buy stuff, examining her own motivations. I have been clearing up this morning inspired by her, thinking about my clutter and objects, why I want things and buy things. I agree with Hayley that I too was bought up t o be a consumer, as a young teenager "going to town" was a major activity, as I got older you HAD to have something new to wear before going clubbing and I can remember a feeling of being almost compelled to buy a new peice of clothing if my friend had bought one. Why was that? Some kind of subconscious competition with my friends? Anyone else care to own up to that? I have to admit that it is only recently that I have lost this urge to buy something just because a friend has...either I have only just grown up or my whole not-buying new clothes and accessories has really helped me towards gaining a new mindset
Another event that can force you to look at how much stuff you collect is bereavement. I have not blogged about my father's death (18 months ago) and am not going into details here but suffice to say, when some dies in their late '70s or early '80s, there is a lifetime's worth of stuff left behind. I know it has been overwhelming for my mum to clear all his stuff and so she has done little bits - also do you have to clear out all evidence of a person when they are gone. Me, personally, I find it hard not to go into supermode when visiting her house and "sort" it all out for her. But maybe she likes to still have his dressing gown hanging up and his coats in the cupboard. I do take bits each time I visit, for instance I collected up all the spectacles and took them to an optician for donation to Africa. Each little bit of clearing up makes me feel better, but I don't know why. My dad was a bit of a collector, not just the lifetime's collection of vinyl, cds, tapes and books but also collections of Useful Things like a box of hosepipe connectors, a box of electrical tape, a box of tweezers, do you get the picture? I have to confess that although I consider our house to be full and I am trying not to bring more stuff in but I do keep bringing back odd things of my dad's. For example, a magnifying glass that has a built in light...I mean how great is that? And the book in the picture here - my Grandpa was an air raid warden during WW2 in North London and rescued this book from the ruins of the house next door to his when it was bombed during the Blitz. You can hopefully read his writing in the picture above.
Anyway what I am trying in my rambling way to say is that I am looking at my objects and my relationship with them - that book is also the only example of my Grandpa's writing that I have and so is a tiny piece of someone who is long gone. I am reducing my consumption and clearing space in my house too but re-evaluating those things that are important to me.