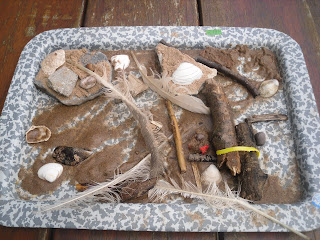 I initially planned this blog to be about rebuilding our house and living in the country BUT the plans are still with the planning commmittee so nothing has happened. We seem to be constantly saying "When we move.." or "when we are in the new house..." Nothing much happens in August so we are still in our old house with a major building site at the end of the road. The building site has provided much entertainment as we walk down and check out the progress of the diggers and bulldozers. They have knocked down the old shops and are making the pile of rubble into a new road. They also knocked down some offices where I worked for about a year and a half when T was a baby. Strange to see a place where I used to sit and work just gone. bUt we still have no building site of our own...I am having trouble at th emoment believing it will ever happen.

Anyway the next pic here is of T'S Seascape. We went to the fabulous Spacex gallery (http://www.spacex.org.uk/) in Exeter and went to one of their children's DIY workshops. Cleverly these start at 8am and we were the only ones there (does no one elses kids get up at 6am?) There was coffee for me and lots of project s for T to choose from. He enjoyed himself - he think he would have stayed all day if possible. He took some more projects with him. This seascape was from a project that told you to Collect a series of objects, then take them from one place to another, rearrange them and record them however you want. We went to the beach and he collected these objects - then spent a long time rearranging them back at Grandma's house. Grandma was not so impressed with the small creatures that crept out of the collectiona nd across her kitchen table. We then packed the collection up and have brought it home with us. Not sure what to do with it now. He was so engaged with this process - it was lovely to watch.
Posted by Minnado at 02:01 No comments: Links to this post 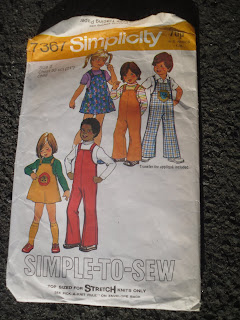 Here is the second pattern. Great dungarees.... I don't think I will get my son to wear these anymore, but maybe would suit my 2 year old.
Posted by Minnado at 01:57 No comments: Links to this post 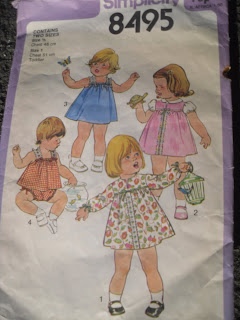 I found two patterns in our local charity shop and hope to try them out...they are so old that they are vintage! Just need to find the right fabric.
Posted by Minnado at 01:55 No comments: Links to this post