I don't get much time to browse in the library, going with Rocket Girl prevents leisurely looking. But last week I snatched The Pink Suit from the shelf before chasing after my runaway child, who can open the main doors and run to the lift. A hilarious adventure for her, a stressful race for me.

I have only just started reading the book but am delighted by the unexpected writing about sewing, couture, fabrics, toiles....Yes, that's right, a novel with detailed descriptions of the process of making a muslin!  That got your attention didn't it?  The central character is a young Irish immigrant working for the fashion house who dressed Jackie Kennedy. It is partly love story, also a tale of worshipping a hero and the reality versus the illusion.  In this case the hero being worshipped is Jackie Kennedy and the central character travels from starry eyed adoration to..well, to something more cynical but I don't want to spoil the plot.  Interesting though to see how Jackie Kennedy was such a popular role model for style and dressing in the early '60s.  I know we often still refer to her now, but then she was massive (at least according to this book) However, when reading this book my interest has been captivated by the sewing descriptions, the beautiful fabrics and the intricacies of the
making process. 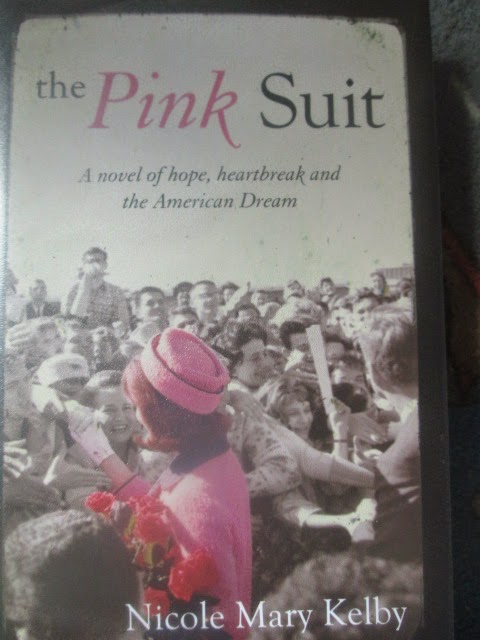 Here is a description of the central character's apartment:
"There were dozens of boxes filled with zippers that were grouped according to color- and the same was true of rickrack and lace.  Kate prided herself on having thread of nearly every single shade ever made, she had eight variations of violet alone.  Buttons were kept in old mason jars that lined the windowsills.  Patterns were filed in a battered four-drawer cabinet that she'd found on the street.  Fabric was piled everywhere"

Wouldn't you like to visit?? I would.  So, has anyone else read anything good recently?
Posted by Minnado at 02:47

Email ThisBlogThis!Share to TwitterShare to FacebookShare to Pinterest
Labels: Reading