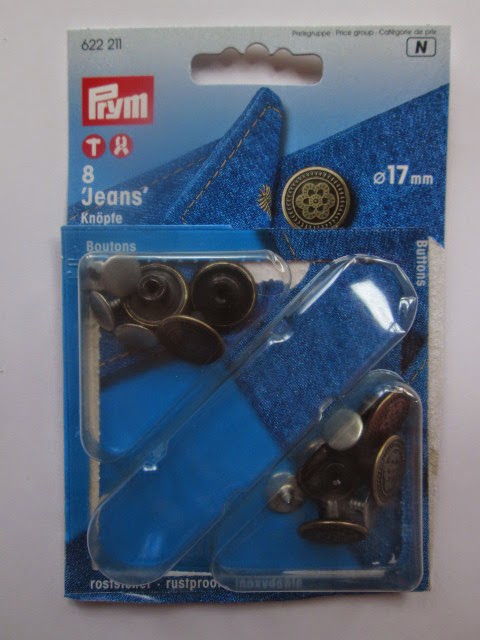 Not much sewing happening here with school holidays but last week I added buttons to my denim jacket.  I was expecting an hour of huffing and puffing, cursing with a hammer and hammering my fingers, but then in a lightning flash I remembered I had some prym pliers. 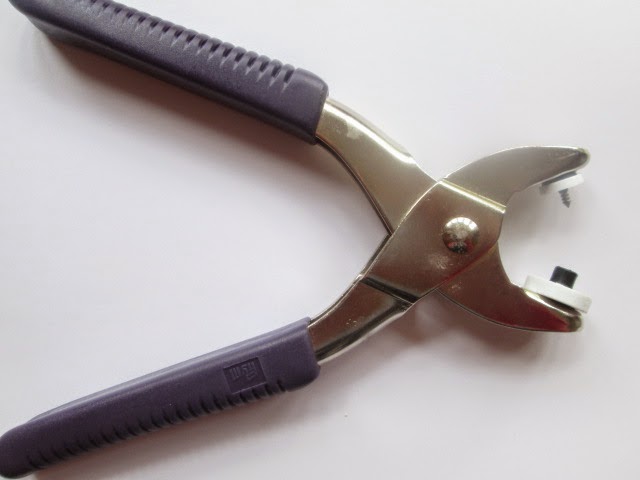 Bought about three years ago on eeeeeebay, they held the adaptors and the buttons 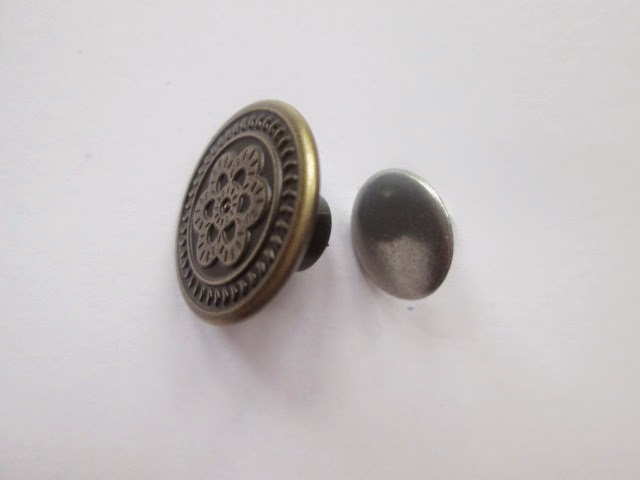 Then they pushed the buttons in. 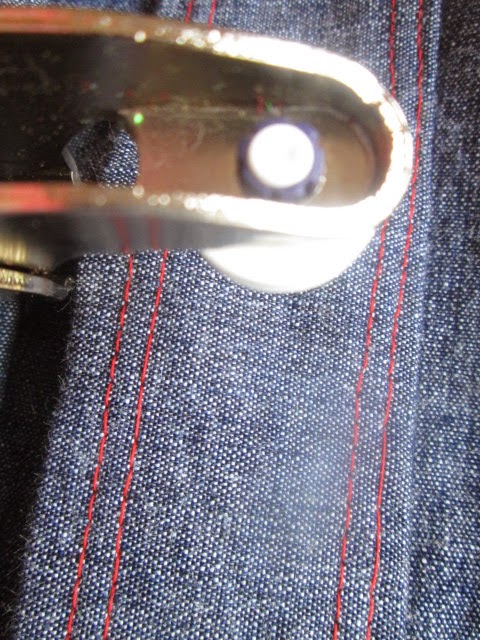 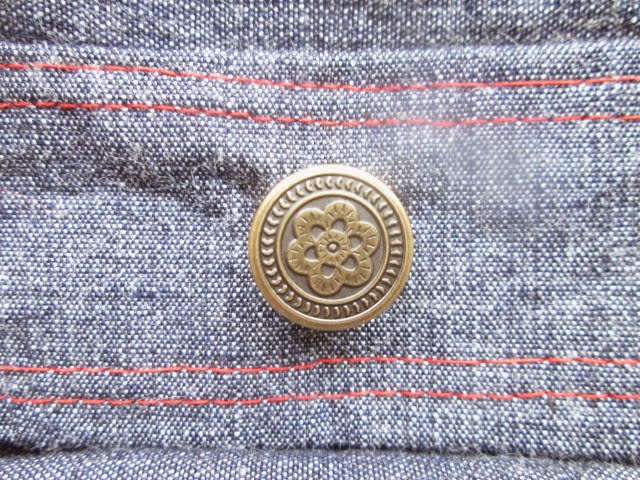 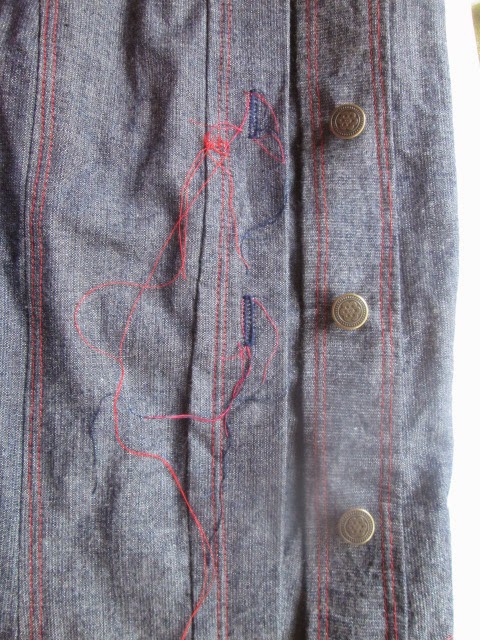 They made the job so quick and painless. 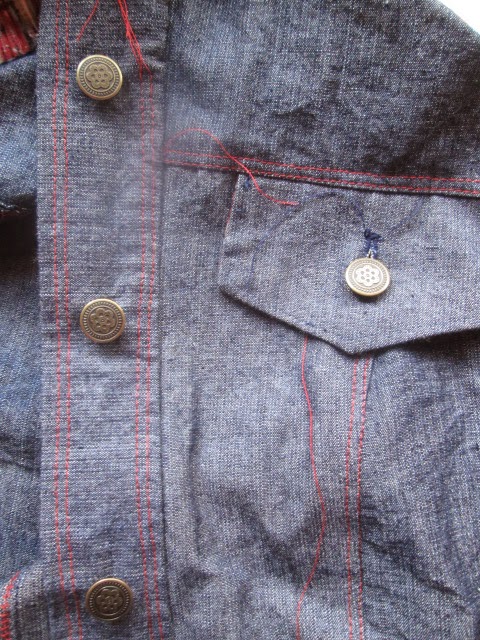 Sometimes the right tool really does help get the job done.   Though I confess to breaking my twin needles about three weeks ago on all the topstitching.  I still have to buy a new one to restart.  At first the topstitching was fun, now it is dragging on, it's not quite so fun.  There is just so much topstitching!
Posted by Minnado at 20:22