Ten things about me, me, me

Thank you to Ms Scruffy Badger and Sigrid of AnalogMe who both nominated me for a Beautiful Blogger award. Being a dolt I just cannot seem to get the beautiful blogger sign thingy (note technical terms) to copy and appear here. 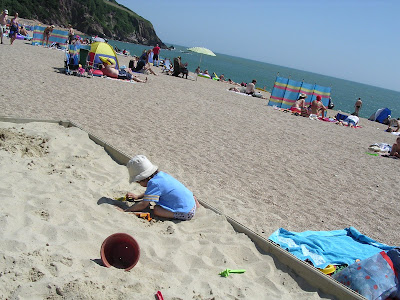 I have to tell ten things about myself. It has taken me ages to think of 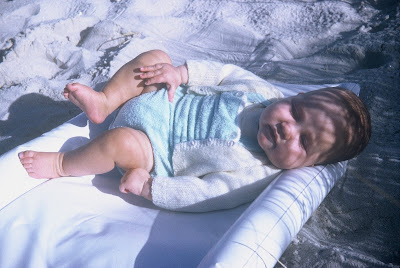 ten things, I realised I could procrastinate for weeks about this.

1. I love the coast and the beach even in winter. It started young. Here I am as a baby, napping on the beach.
2. The silver ring I wear every day has "princess" engraved on it in braille. Well, that is what the silver maker who made it told me. 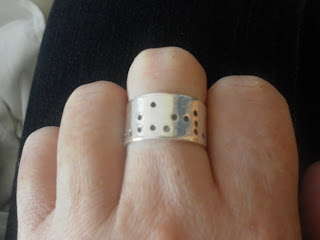 3. The most fun job I have had was in the unlikely setting of a mental health day centre. I went as a temp for three weeks and stayed for two years.
4. The worst job I had was possibly in a university registry where I had nothing to do. You may think a job with nothing to do would be great but I can tell you it gets very boring, day after day, when you beg your colleagues for some filing, some photocopying, anything to break the monotony. I was not allowed to use the computer system till I had had official training, it took two months to get the training (which lasted 1 day). I started looking for other work and after a few months I got a better, much more interesting job. On my last day the manager called me in to his office and said they were sorry to see me leave. Was I leaving because there was nothing to do he asked. Um, yes, I said.
5. The most interesting job I have had was as artist in residence at a primary school. 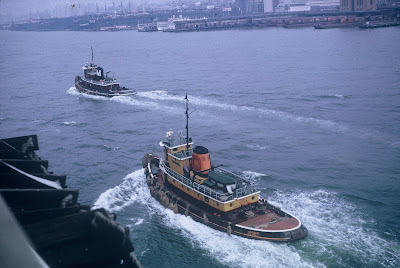 6. When my parents first married they went to live in Minnesota for a year. They travelled to the States in style on a cruise ship. I have been sorting their slide photos of the US in the 60s and getting them put onto CD. The image above is of the pilot boat or tug boat guiding their cruise ship into harbour in New York. 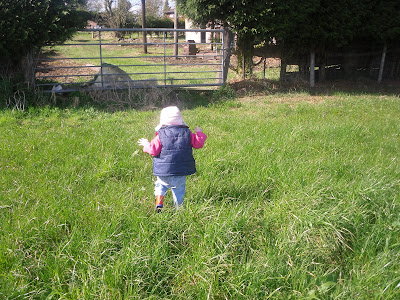 7. I have been vegetarian since I was old enough to decide. There were a lot of mealtime traumas before my mum finally gave in and let me give up meat.


8. I have a great talent for burning the bottom of saucepans.
9. We are renovating/rebuilding an old bungalow in a a village. We hope to be able to move in next spring. Just out of shot is a car the previous owners left in the garden, a car with no wheels or engine. The scrap man had to bring a crane to remove it. At the moment the house (just seen in pic) has no windows, doors or roof.
10. I love my morning coffee and I don't like instant coffee, I just don't see the point of it.
I am supposed to nominate five bloggers, but I think nearly every one I know has already received an award. So if you read this and want to, please respond.
Posted by Minnado at 19:30