Things that stop me from sewing 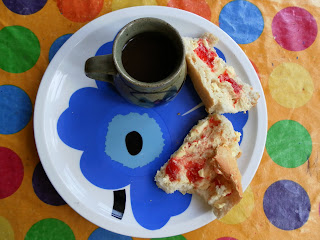 I have not been too well for the last week - I have a summer cold which is dragging on and on. I was so muddled headed that I had to put away sewing my dress and skirt as I was making too many small mistakes.
Other things that stopped me sewing were the arrival of five binbags of childrens' clothes from my in-laws. For a few days my downstairs looked like a second hand clothes shop. We are very lucky as my kids have a boy cousin and a girl cousin just the right age to pass on clothes. It took me a couple of days to sort out the clothes as there were more than we need, and I made up one bin bag for Little I's friend. Another friend came over and took a large bag for her son. I took a four carrier bags to the charity shop and the rest we are keeping. I still have to pack away some clothes for the winter and for next year. Then I have been putting some of my RTW clothes onto ebay to sell. 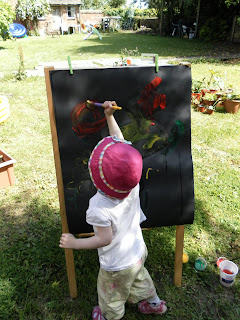 And spending time in the garden - that has stopped me sewing. We are allowed to pick strawberries from my neighbour's garden. Little I is out there at least once a day with her bucket, issuing instructions while we pick a handful, we often eat them straight away, but last week I was organised enough to make strawberry jam (yes, I am turning into my mother).

I made four jars and let me tell you a secret... making strawberry jam is really, really easy! I thought it would be some kind of long, hot ritual in the kitchen but no, it is quick and very very simple. Honestly, if I can do it, anyone can. (And look, there in the top picture, is my jam on some bread)