This has been a week of tidying up after Christmas, putting away decorations and the tree.
I have been playing on picnik, making the Thank You cards for T and Little I, using T's drawing. 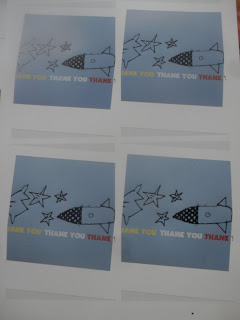 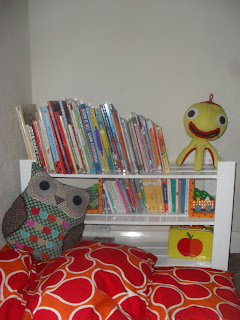 Before putting the children's book case back in its place (we moved it for the tree) I decided to repaint it with some white gloss. I think it looks much better now. The colours of the books show up so much brighter now. I originally blogged about the shelves here An unexpected bonus of doing this is we have been rediscovering books we forgot about. 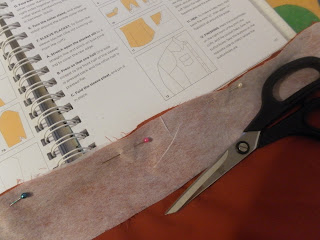 A friend gave me a bag of fabric remnants as part of my Christmas presents, so I started a new sewing project with a rusty red piece (I think it is polycotton) from the bag. It is supposed to be a blouse which something I have never made before. So far I have done the front darts and the outside facing.
Posted by Minnado at 01:04